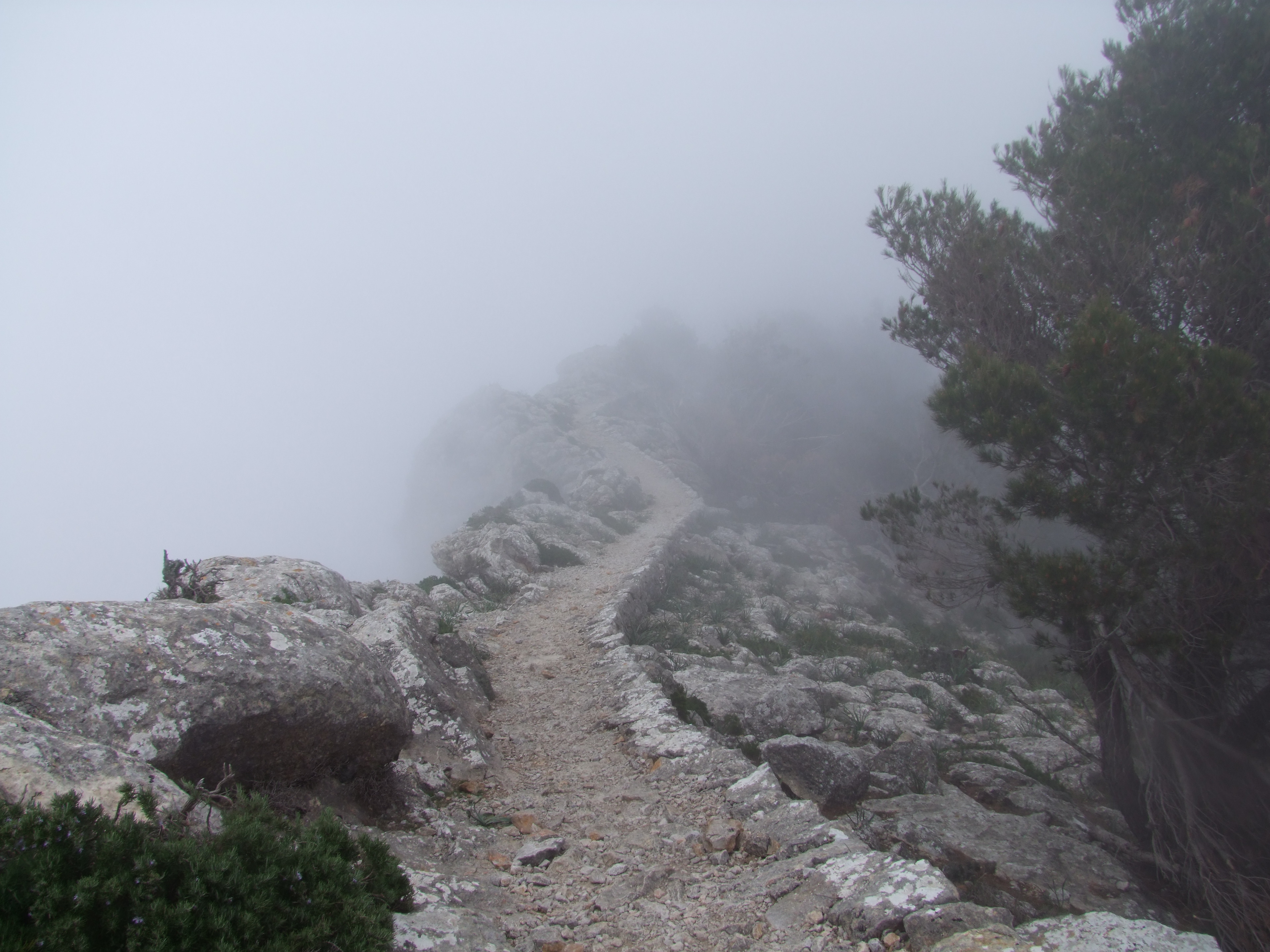 (The following was written shortly after the funeral of Luang Por Chah, [Ven.  Ajahn Chah] in 1993, and published in the Forest Sangha Newsletter. forest sangha newsletter.amaravati.org )

We knew that the funeral of Luang Por Chah would be a special event: it had been a frequent topic for discussion at Wat Pah Pong during the last few years of the Master’s illness; it would bring disciples from all over the world and it would (most likely) be presided over by either H.M. King Bhumipol, H.M. Queen Siriket, or even both.

These three factors seemed to heighten both the auspiciousness of the occasion and its potential difficulties: who would attempt to organise such an event – and amongst so many possible views, how would one plan emerge to accommodate such an indeterminate but certainly large multitude of visitors with their needs for food and shelter? What kind of style and standard – given Wat Pah Pong’s noted and principled austerity – would be appropriate for a Royal Funeral?

The Sangha in Europe were not involved in any of the negotiations and decision-making. We only heard that Ajahn Liam (the acting Abbot of Wat Pah Pong) and Ajahn Pasanno (acting Abbot of Wat Pah Nanachat) were devoting all their time to making the arrangements, that Sangha gatherings at Wat Pah Pong were held to ensure harmony and mutual support, that a new sala, dining hall and chedi (stupa) were being constructed, that monks at Wat Pah Pong were labouring for 10 – 12 hours per day on building projects, that bhikkhus were coming from branch monasteries to help with the work, and that the tentative estimate of 200,000 guests, itself staggering for a forest monastery that might accommodate 100 or so in a full Rains Retreat, could turn out to be an underestimate.

On arriving at Ubon, the Western bhikkhus and siladhara (Luang Por Sumedho, Ajahn Khemadhammo, abbots and senior monks from the branch monasteries in the West; Ajahn Viradhammo and the entire Sangha from New Zealand; Ajahns Jagaro and Brahmawangso from Western Australia; Sisters Sundara and Candasiri) were taken to Wat Pah Nanachat, about 10 kilometres from Wat Pah Pong. Residents gave up their kutis to the gathering of 60 Western bhikkhus, samaneras and nuns, opting to sleep out on bamboo platforms under their mosquito-net umbrellas. Graciousness, quiet hospitality and ease were the order of the day and the dark forest absorbed everyone. After morning chanting brought us together, alms rounds introduced us to the local villagers who provided ample food, enthusiastically, for all their new guests. Things seemed capable of stretching beyond rational expectation.

On the 9th, the first day of funeral proceedings, the Sangha of Wat Pah Nanachat travelled to Wat Pah Pong to join in the occasion of moving Luang Por Chah’s body to the chedi. It was another time for the mind to stretch. After the buses dropped us off at one side of the monastery and we had walked through the gate, we were stopped by the spectacle of a large and extremely graceful pure white chedi. Its inverted bowl base straddled a broad grass mound and its tall sinuous column climbed into the bright blue tropical sky – with broad avenues proceeding from it in four directions.

The stupa is modelled on two of the most sacred shrines of Thailand; the base echoes that of Wat Phra Pathom Chedi, the oldest stupa in Thailand and the spire is a replica of Wat Phra That Phanom in Nakhon Phanom, the major shrine of the North East. The entirety -32 meters high, 50 meters broad – was constructed in six months, mostly by the Sangha at Wat Pah Pong. The gold-painted domed ceiling inside the chedi was supported by two concentric circles of pillars, also painted in gold; the inner circle of four pillars representing the Four Noble Truths, the outer of twelve representing the structure of Dependent Origination. In the centre of these circles was the crematory, a large metal box covered with boards which were decorated with gold wax arabesques and floral designs that gave it the appearance of a giant candle.

In front of the crematory was the shrine which would bear a life-size painting of Luang Por, his bowl and robes and later, his relics. The floor on which we knelt to pay our respects was of polished black granite whose mirror-like surface reflected the pillars so that one seemed to be suspended inside the matrix of a Dhamma mandala. This mandala was to be the setting for Luang Por’s funeral casket. For a week people would be filing through this sacred place paying their last respects; here a round-the- clock meditation vigil would be held and his body would finally return to the elemental state. After the cremation, when the crematory was dismantled, a new shrine bearing his relics in a crystal bowl would be established in its place as a lasting memorial, a focus for devotion, reflection and meditation.

About 900 bhikkhus were present in the huge new sala – and how many nuns and lay people? The effect of so much uniformity made it impossible to chanting and meditating en masse and peacefully abiding. And there were about 1,000 nuns, and over the days nearly over a million lay visitors (500,000 on 16th January alone) passing through, filing into the chedi to bow three times to the shrine, or camping out in their thousands in the grounds under umbrellas, and gathering as a congregation around the chedi for the evening chanting, meditation and Dhamma talk. Thousands of books were given away: over forty free-food kitchens provided food for everyone. (Any form of buying and selling was firmly but politely forbidden as inappropriate within the monastery grounds.) First-aid posts were established and nurses were freely available for anyone who felt ill or faint in the 30 degrees plus heat.

At times it seemed that everyone one had ever even thought of in this Sangha life was there – particularly on the cremation day itself. On the 16th of January the gathering included the Sangharaja (the Supreme Patriarch, Somdet Nanasamvara) Somdet Buddhajahn, Tan Chao Khuns Debvedi, Paññananda, Dhammarajanidesa; Ajahn Maha Boowa and all the teachers and abbots of Wat Pah Pong’s 130 branch monasteries; occasionally even the face of a lay disciple from England would catch one’s eye in the flowing stream of humanity. By 4 p.m. bhikkhus, nuns, former bhikkhus, villagers and ministers were seated silently around the chedi; then a distant fanfare, a ripple of excitement in the crowd, and eventually two figures walking under ceremonial black umbrellas, well attended by men in uniforms, ascended the steps into the stupa to initiate the ceremonial climax of the occasion. Their Majesties the King and Queen had come to pay their respects; having presented ten sets of robes to ten Tan Chao Khuns, they offered candles, incense and flowers, knelt on the granite floor of the chedi and bowed.

After the Royal couple it was everyone else’s turn; from the Sangharaja, senior Mahatheras, Government officials, and the bhikkhu Sangha, to the nuns and the laity. Evening meditation at 6 p.m. was followed by chanting, meditation, and desanas from Ajahn Maha Boowa, Ajahn Sumedho and Tan Chao Khun Debvedi. At midnight, the majority of the bhikkhu Sangha managed to squeeze into the chedi to ask forgiveness of Luang Por, to take the coffin from the casket and commit it to the flames. We stood back to open our hearts to this final moment.

But the actions of humans, however superlative, are never final. Chance and circumstance have a way of surpassing us. And so it was – the effect of all the offerings of sandalwood on the coffin, and maybe too much charcoal, caused the fire to bum too fiercely – scorching the wiring that was to open the vents in the chimney; the heat was therefore all contained in the crematory which split open … flames licked out to catch the wax decorations, smoke billowed out and filled the chamber, the boards crushed down…people stood back, some began to bring water, fire trucks appeared. .. From outside the chedi as it glowed in the spotlights against the dark sky, the spectacle had the quality of a vision – the Four Elements dramatically manifesting within the place of purity as some final image of the life of a Master.

But everyone remained cool and peaceful; the fire was extinguished, people began mopping up, some found places out of the cold night wind to meditate, some began to walk home. The mind was allowed to contract to more mundane considerations. All those people – following a routine that began at 3 am with morning chanting, a day filled with meditation sittings and Dhamma talks until 10 pm; hours sitting on the hard concrete or the hard earth, not in rigid order, but peacefully, reflectively. Reading the moment-by-moment stabbing twinges running through this soft Western body, watching the Thais huddling under blankets in balaclavas in the cool night wind, contemplating the amount of effort put in by the organisers of the ceremony, one recognised the common quality that even a monarch bows to. We all had a chance to unhook in some small way from the persistent nagging of desire. Here were the remains of a person who let go of a lot more – of all of it, some believe. This point is not worth debating – but there is no doubt that he did enough to show us that that was the Path and that it could be consistently and beautifully practised.

After three days, a chosen number of bhikkhus presided over the extraction of the relics from the crematory. Most were locked up for safe keeping; three large relics, white and honeycombed like coral, were placed on the shrine for public view. When we left, the Sangha were still using the chedi for their group meditation practice.