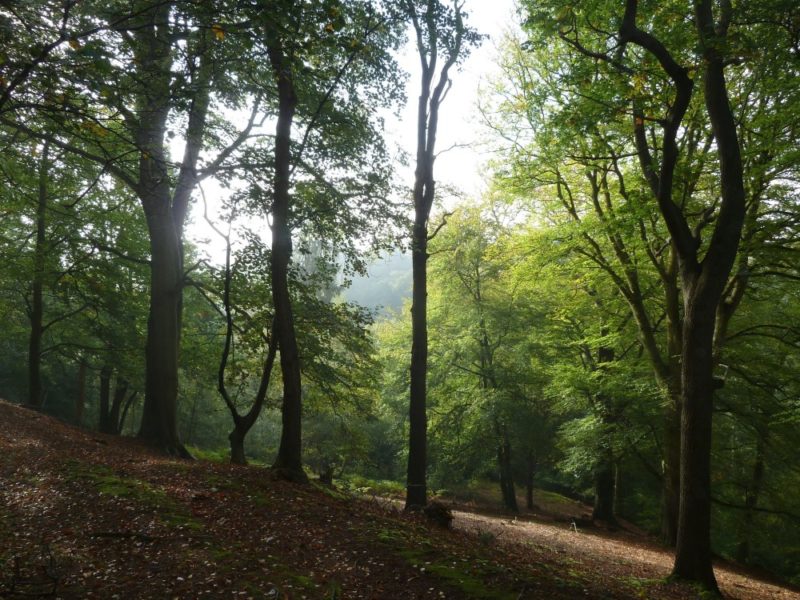 There’s something very sensible, magical, and confusing about working together. Sensible because you get more done that way and you learn from others; and magical because it makes work into a recreational activity: you get to feel part of a group in a comfortable rather than conformist way. The confusing thing is that, although it makes sense, it doesn’t happen so often. Despite needing other people in order to get born, fed, educated, sustained, nursed and even buried, one of the most difficult things for people to do is to co-operate without domination, infantilism or resentment. In fact human history and organisation is mostly about people not co-operating but either being coerced, or coercing others, into submission, or seeking self-centred ends. Cooperation means we give up our individual opinions voluntarily because we notice that it makes us more grounded and empathic (and that feels sane). But by and large, even relatively peaceful societies operate on the ‘trade-off’ principle. That is the person gives up his/her preferences and negotiation rights in order to have security, wages and convenience. And however much he or she continues to dislike and feel frustrated by the boss or the government, that corporate power retains control. Moreover, membership of the corporate state is not a voluntary matter.

At this time, I’ve been or am about to be, part of two large cooperative efforts commemorating the life and teachings of Ven. Ajahn Chah. The first was a weekend of talks and meditation organised by lay supporters in Malaysia, and the second, around the date of Ajahn Chah’s death (16th January) is a gathering of monks, nuns and lay people for Sangha meetings, Dhamma-talks and commemorative rituals around Wat Pah Pong in N.E.Thailand. The Malaysian event drew 21 monks and 500-600 lay people in a very well co-ordinated and shared occasion; the gathering in Thailand will number tens, maybe hundreds, of thousands. These are fitting tributes in many ways, not least among them being that they require considerable degrees of co-operation. And co-operation, working together, was one of Ajahn Chah’s most constant themes of practice. Out of this there are currently about 300 monasteries jogging along approximately to the same step but with a lot of variety, and monastics meeting on occasion with a good deal of harmony. There is no strong political will or Beloved (=feared) Leader holding it together; there is no world mission that we’re all signed up to; there isn’t even any wish to increase the membership of the communion. (An abbot has to ask and wait and be checked for several years before the monastery is accepted. And with 300 already in the group, there’s some reluctance – because how many can cooperate while retaining the loose ‘family-feel.’?) Forest monks like to live in forests, meditate, work on their monasteries and not be bothered with too much organisation. So the communion works primarily through shared loyalties, gratitude, and respect for Ajahn Chah and the Sangha ideal set up by the Buddha. Indeed: working together was also something the Awakened One felt to be essential.

As long, bhikkhus, as bhikkhus gather in harmony, break up in harmony and attend to business in harmony, the Sangha can be expected to prosper and not decline. D 26.1.6

The magical part of cooperation (rather than coercion) is that through everyone voluntarily adding their individual bit to the mix, a wider empathic sense arises. This allows us to drop our self-conscious anxieties and self-centred views, because shared sanity feels better than inflation and the shadow of deflation that it dreads. Cooperation tames the dragon of egocentricity, that energy that arises in us that favours individual perspectives and tends towards righteousness and grandiosity. And it does so without cutting each other down. So to do that taming is another of the motivations behind entering a co-operative. It’s not just about efficiency or conformity, but based on wisely reflecting how the egocentric dragon is a part of our psyche and it needs to be carefully harnessed for our own well-being. Tamed that is, but not slain.

Isn’t it wonderful when you do something well, when you bring forth your creative or caring potential, you’re really on the ball and you get a result that you’re pleased with? Arts, crafts, pulling off the good deal, scoring the goal – this is the sweet spot that we will sacrifice hours of time and most of our energy for. We light up. And the bigger the field that we affect, the brighter the light. ‘A thousand  people came to my talk, ten thousand people came to my performance, I have a following of twenty-thousand! But so and so has a following of a million – so I have to try harder.’ (Ah yes, the pleasure and the glow are dukkha too. They arrive at no final satisfaction and require stress to keep them going.)

Take a look around at dragon careers: politicians and celebrities are immersed in that energy; those who are captured by it will even die for it. Gaddafi was still glowing with righteousness up to the moment they dragged him out of the drainage channel; rock stars survive on drugs and rehab to keep their dragon flying. And when it comes to the spiritual arena, the same creature can spread it’s glorious wings.

The way it goes is that through spiritual practice you develop some skills, your mind deepens and your clarity improves. You feel you’ve learnt a few things and yes, out of compassion and concern, and often on the invitation of others (or encouraged by your teacher), you attempt to teach. It isn’t great, but somebody appreciates it, and you get invited again, and somewhat encouraged you try again…and over time you get ‘better’ at it and more people express appreciation. Meanwhile of course, this encourages you to deepen and intensify your practice and so this is all good stuff.  At a certain, unspecified point however, you’re likely to ‘become’ somebody. Your name starts to attract people. Still, you allow that, because it’s good if people have some example that they can feel trust in and get inspiration from. And you like to help. (Or maybe by now you have a mission.) Anyway there’s a point where supporting the public persona becomes more important to you than meeting the realities of how much it’s costing your private person. Dragons demand a lot of energy; they don’t want to bother with looking after your body, and with doing the laundry of life. They don’t want to meet others out of role, they don’t want to deal with petty details; consequently it gets so that you only feel assured and in the right place when your dragon is out there in the public eye pouring out the grand vision with limitless compassion and so on. Eventually there isn’t the time to do the practices that you started with; you get cut off from your fellows in the practice and there isn’t the requirement of critical (or concerned) feedback.

Have you ever met someone on a dragon high? Notice that they can’t really hear what you’re trying to say; that every topic is referred to through their own perspective. And that, sometimes with calm and effortless logic they demonstrate that how right they are, or what kind of a person you are, rather than address your concerns. Pretty weird and frustrating isn’t it? The best thing is to avoid a challenge or confrontation (dragons have a lot of energy, and a wounded dragon is very nasty), remain non-committal on what they’re getting off on, and, if there’s an opening, ask, with some concern, how they’re feeling. You may reach the human who’s carrying it all.

It’s because of our tendency to get lost in our success (and our failures) that, for training the mind, we need each other. We need Sangha. For instance, I get back to the monastery after teaching a retreat which people were grateful for; they said some pretty complimentary things. It’s good to feel that, working from a ‘don’t know’ position and trusting practising together and tuning in, some teachings can come forth that have been helpful. I feel warmed by the energy that the occasion has brought forth. However, on returning to the monastery, if there was any potential for inflation, it’s soon over. The monks and nuns are polite and respectful, but not adoring. Now there are a few matters to deal with: ‘Can so-and-so visit his parents?’ ‘Somebody’s had a small accident with the monastery’s car.’ ‘What are we going to do about the sewage problem?’ ‘Mrs X is letting her dogs run around the monastery’s woodland and disturbing the wildlife.’ ‘Ajahn B wants to talk to you about Sangha policy on internet usage.’ And so on. Home again.

Meetings with other community leaders for Sangha business is another levelling occasion. Here we are all ‘number ones’, with an awareness of the grandiosity (and the anxieties) that the role can bring. Some of the meetings extend over two days; there are a range of topics and a range of views, agreements and disagreements. Yet, throughout the process, if one is tuned into the process of the meeting rather than only the items on the agenda, what becomes apparent is an increasing capacity to meet, to stay connected and not get lost in a view. We disagree, we debate, we listen – and it dawns that none of us are here to get our own way but rather to clear the mind of delusion. For many items there is no ‘decision’ reached, but the real business, that of living in harmony as a Sangha (the only fundamental topic), gets lived out.

At other times it’s just the simple experience of someone looking at you with bemused compassion as you’re about to take flight. That gives you the message: you don’t need to do that, you’re all right as you are. So right here, on the shared ground of life, is where dragon-energy can transmute into something more even and steady. Over time I’ve come to see the benefits. How I’d express that now is that I accept that I am somebody but who that is changes and I don’t have to know who I am. Sometimes rather wonderful energies can arise in my mind, and at other times I’m just tired, or mistaken, or plugging away at the washing-up of life. But whatever the state, the Dhamma can still comes through: just deal with what’s in front of your nose and don’t make a person out of any of it.

Even when he became a renowned teacher, Ajahn Chah still operated within Sangha. He made a point of taking groups of monks with him to pay respects to monks, such as heads of Sangha administration, who had no spiritual realizations and were often of a patchy Vinaya standard. He had his monks attend on grouchy senior monks who didn’t respect or were jealous of Ajahn Chah. And when someone wanted to mint an Ajahn Chah medallion/amulet, Ajahn Chah asked the Sangha what they thought. His chief disciples thought it was a bad idea, so the project was dropped. On another occasion someone claims to be a stream-enterer and Ajahn Chah says ‘It’s better than being a dog.’And so on. No great flights of glory. Instead steer your energies towards direct application to the here and now. That’s what’s respected.

This is why experienced practitioners appreciate the chance to just be a group of people folding up a large awning; or clearing up after a big meeting with everyone helping out as best they can and nobody having to prove that they’re enlightened. Senior, junior…maybe someone’s giving the instructions, there are a few opinions, but we get on with it, it’s no big thing. We’re just sharing energy, levelling into a group norm. Cooperation: it’s the gold-standard of Dhamma-training.